The world needs villains. Especially in Judeo-Christian America, we need villains in order to validate our own moral superiority; we need villains to be the living embodiment of Evil, to be out there committing the Big Crimes, so that the rest of us can shake our heads and keep right on cheating on our taxes and stealing our neighbor’s WIFI and parking in handicap spaces.

But philosophical and moral arguments aside, we need villains because well, they’re cool. And they have way more fun than most of us.  They allow us to watch (from a safe distance) as they not only succumb to their base desires, but really revel in them. Personally, I enjoy them for their unapologetic nature, for thumbing their collective noses at the world and saying, “I do whatever I want, whenever I want, and stop me. . . if you can.” Really, how fun does that sound?

Now think about this.  What would Superman be without Lex Luther?  Answer: just an uptight guy with glasses and a strong chin.  I mean, James Bond is just a womanizer without the likes of Auric Goldfinger and Dr. No;  without the many foes Bond has battled and defeated in those books and movies, he would be a cliche, a very one-dimensional character, who would have to find a rich widower to pay for his first-class air travel, gadgets, and dry martinis.  Hell, even my beloved Red Sox are much more fun to watch when they are pitted against the Evil Empire known as the New York Yankees.

Which brings me to an article on villains and villainy I found at a tumblr site called CleverGirlHelps. I linked to the entire article below, but I’ve excerpted some choice bits for those interested, as I am, in the dynamics of villains.

On the difference between a villain and an antagonist:

On villainy as a reflection of the hero:

On villainy as conflict:

Conflict and villainy can easily coincide. Conflict is the basis of the story, the thing that drives the plot and spurs on the characters. Bear in mind, if your villain is a part of the conflict, I expect you to deal with the villain somehow before resolving the plot in its entirety.

Here’s the entire article, which is filled with smart observations on the subject as well as a variety of examples to back up her opinions. Check it out. 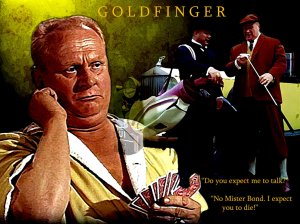